As the German economy entered its first post-war recession, economists debated whether a crisis on par with the Great Depression was imminent

by Andreas Predöhl and Hans-Jürgen Schmahl 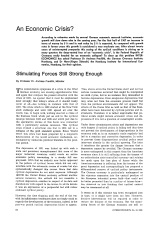 According to estimates made by several German economic research institutes, economic growth will slow down also in the coming year. For the first half of 1967 an increase in terms of money by 5% and in real value by 2% is expected. As compared with growth rates in former years this growth is considered a very moderate one. After almost twenty years of uninterrupted prosperity this easing of the cyclical conditions is stirring up in many quarters the deep-rooted fear of an "economic crisis". Is the Federal Republic of Germany really headed for an economic collapse? To clear up this problem Intereconomics has asked Professor Dr Andreas Predohl, the German Overseas Institute, Hamburg, and Dr Hans-Jiirgen Schmahl, the Hamburg Institute for International Economics, Hamburg, for their opinion.

The unmistakable symptoms of a crisis in the West German economy are causing apprehensions time and again that compare the present situation with the crisis of 1931. As against that it must be emphasised most strongly that today's crisis—if it should really occur at all—has nothing in common with that of 1931. The crisis which in 1929 started at the New York stock exchange and until 1931 spread all over the world, was, to begin with, nothing else but a crisis of the business trend which put an end to the cyclical upsurge between 1925 and 1929 and which just due to the speculative excess of this boom was connected with a particularly serious recession. This cyclical crisis evoked a structural one that in 1931 led to a collapse of the gold standard system. Since World War I this crisis had been prepared by a long-term deterioration of the world economic mechanism, accentuated by numerous political blunders in the post-war period.

The depression of 1931 was linked up with such a wide and persistent unemployment that none of the major industrial countries could evade an active economic policy amounting to a steady full employment. With that an entirely new factor appeared in the pattern of cyclical forces which did not only interfere with the automatic course of events but also systematically changed this course. Since that date cyclical depressions do not exist anymore. Although 1937/38 the United States economy suffered another serious recession, this setback did not resemble a cyclical depression—neither in respect of its date and duration nor with regard to its course. In all its details it was an expression of a purposeful but still rather awkward cyclical policy.

However, the time elapsing until the end of the war with its inflationary tendencies does not imply much as regards the development of the economy, indeed, in the post-war period cyclical depressions failed to appear.

True, above all in the United States short and not too serious recessions occurred that might be interpreted as stock cycles, but in no instance they intensified to become depressions. Even exogenous depressions that may arise not from the economic process itself but from the political environments did not appear. The effects of the Corea War as well as that of the Suez-affair have been balanced by cyclical policies and instruments. Therefore it is rather improbable that political events might initiate economic crises and depressions if it is not a question of catastrophic events.

Under these circumstances crises and depressions can only happen if cyclical policy is failing and thus does not prevent the development of disproportions in the economy such as in an automatic cycle regularly had led to a reaction and corrective depression. In order to prevent these disproportions cyclical policy must intervene already in the cyclical upswing. The later it interferes the greater the danger becomes that a depression cannot be avoided. The German economy is more endangered in this respect than the Amerioan economy since it is still suffering from the trauma of an authoritarian state-controlled economy and relying too much upon the free play of forces while the American economy is suffering from the trauma of the great depression and correspondingly has prepared a differentiated reserve of cyclical policy instruments. The German economy is particularly endangered as the vigorous expansion into the central position of the European industrial power field—that could not be better promoted than by a policy of laisser-faire—has deceived us into thinking that cyclical control may be renounced at all.

It seems as if this mistake has been recognised just in time, or it might have been too late. However, decisive interventions will be required in order to restore the balance of the economy. But the stimulating forces of the German economy are still so strong that success should be obtainable, all the more since no negative influences are emanating from the world economy outside Western Germany. The fact that since the end of the war the British economy is suffering from a succession of crises is a result of quite different causes. Last but not least they are consequences of Britain's wrong position within the world space-economy. As soon as it will join the EEC this situation will improve to the advantage of Britain and the whole of Europe.

"Economic crisis"—a weighty term still tinged with macabre implications that terms of a similar weight in the past do not have anymore. "Inflation", for instance, is now a daily used and therefore worn coin. "Economic crisis", however, still gives us the creeps. It is a synonym for the "great crisis" of the thirties with all its horrors. And just the generation that experienced it consciously is haunted by this spectre time and again. Parallels to the year 1929, actual or but ostensible ones, are only drawn by eyewitnesses to the events of that time—almost never, however, by those that know the great crisis by hearsay only or from textbooks. This might be of course a symptom of the fact that the present generation whose opinions have been formed in a period of continuous economic growth is underestimating the possible dangers. But there are even more indications that obsolete ideas are decisive for the notions of those "knowing crisis by experience". This reaches from the ignoring of comprehensive changes in conditions during the past 35 years to the disregarding of perceptions gained during this period.

"Economic crisis" meaning an economic circulation collapse showing the symptoms of mass unemployment, a general shrinking of turnovers and incomes as well as numerous breakdowns of firms—that was a nightmare haunting the past. He who believes that such a situation might repeat itself envisages the collapse of our economic and social order. But such a crisis does not repeat itself. Today knowledge of interrelationships, availability of economic instruments, experiences of their application and last but not least the political will to avoid such a catastrophe are present in all developed countries.

With regard to recent economic developments there is neither diagnosis nor prognosis of an economic crisis possible. But there are probably other factors that may account for the "fear of a crisis" of the public. "Crisis is a time-span during which the change of an "unsound" economic situation is in a decisive stage accompanied by sudden and violent symptoms". So Spiethoff has formulated it. He was thinking of a collapse of the circulation system. However, there is another, more topical interpretation of his words. The term "unsound" is rather vague, above all when it is used in the context of economic facts. Nevertheless, the statement seems to be justified that not everything is "sound" in our economy and that just now changes of economic conditions are taking place more quickly and are more pronounced. So it seems to be justified to quote Spiethoff rather freely and speak of a "crisis", however, one should realise what is meant by this term.

Indeed, there are "unsound conditions" in our economy. Some of them are reversible. Thus in the not too far future the capital market will regain its efficiency, the rate of interest on capital will drop from its exotic level and share prices will rise again. These are items that in the main are fluctuating together with credit policies and the balance of payments. But there are others that move on a one-way street, and this does not only apply to prices. Hereto belong events generally described as structural ones: coal crisis, steel crisis, shipbuilding crisis, textile crisis (in individual fields of this big and heterogenous industrial sector), just to mention a few important examples. In addition there is the structural weakness of firms of certain sizes and locations in various branches. All economic units showing these characteristics are on the dark side of economic development.

For these enterprises on the shady side the difference between strong and—as at present—moderate economic growth is often tantamount to the difference between profit and loss or between independence and dependence. In the phase of a weaker business trend the process of selection, which any structural changes amount to, is accelerating. This selection process is causing anticipations that the basis of existence might be endangered—this applies to entrepreneurs as well as to labour. It is the individual risk that has grown today, not the collective one, called "economic crisis" in its traditional meaning. That makes a great difference. The chances of mastering an individual risk inherent in a change are therefore much better than if it is a question of holding one's own under the collective risk of an economic crisis. (However, different from the individual entrepreneur, today the State seems to meet more difficulties in handling a partial, structural crisis than it would in the case of a general recession.) For in the former instance, the topical one, there are as a general principle alternatives for everybody involved. Thus a substantiated fear is reduced to the small circle of those who—for whatever reasons—do not dispose of all prerequisites for an adaptation to changed conditions. 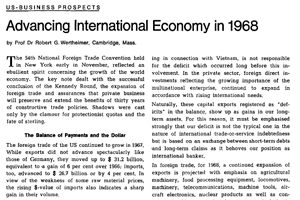 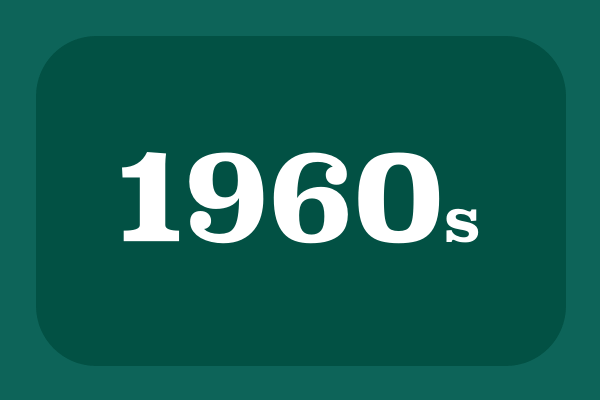