The Fall of Communism and the Uniting of Europe

Many of the topics covered by Intereconomics in the 1990s were directly related to the collapse of communism and the dissolution of the Soviet Union – in particular the impact of German reunification. While Intereconomics was still technically dedicated to trade and development issues, the rising importance of European economic policy was clearly evident in the content of the journal. The European Economic and Monetary Union was covered in depth, as were countries’ efforts to fulfil the convergence criteria set out in the Treaty of Maastricht - which formally established the European Union.

Other notable topics discussed in Intereconomics included the founding of the World Trade Organization, EU enlargement (Austria, Sweden, Finland), environmental protection, and the dangers of indebtedness.

USSR in Need of Western Aid

Discussion on assistance to the Soviet Union following the abortive coup

The Single Market - A Case of Mislabelling? 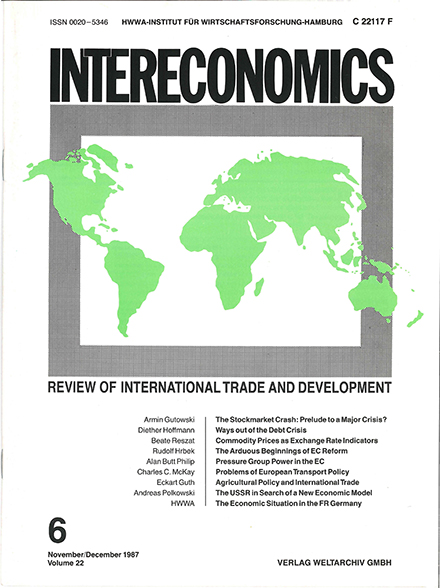