USSR in Need of Western Aid

Discussion on assistance to the Soviet Union following the abortive coup

After the abortive coup the discussion on aid to the Soviet Union intensified immediately but a new dynamic thinking directed toward defining constructive aid concepts did not become apparent until the recent CSCE conference in Moscow. The G7 talks on coordination had until then been unable to produce results other than continuing agreement on the very low common denominator of humanitarian relief and certain technical assistance. Further help, in contrast, had remained contingent on the blanket condition of transition to the market economy. The intensification of the contacts between the G7 members in recent weeks raises the hope that there will be a change of opinion on this question. Now that President Bush has changed his mind, the most important thing is to talk the Japanese government round, which until now has made an increase in aid dependent on the solution to the question of the Kurile Islands. 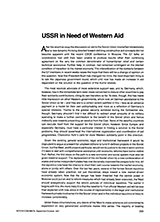 The most resolute advocate of more extensive support was, and is, Germany, which, however, has in the immediate term been more concerned to induce other countries to pay their solidarity contributions, citing its own transfers so far. To date, though, this has made little impression on other Western governments, which look on German assistance to the Soviet Union so far - and they are to a certain extent justified in this - less as an advance payment or a model for their own policymaking and more as a reflection of Germany's special interests. Thanks to the greater security achieved during the Gorbachev era, though, Germany shouldn't find it too difficult to redirect small amounts of its military spending to make a further contribution to the benefit of the Soviet Union and hence indirectly also towards preventing an exodus from the East. None of the wealthy countries can exclude itself from the support for the Soviet Union, however. Since Europe, and especially Germany, must have a particular interest in finding a solution to the Soviet problems, they should spearhead the international organization and coordination of aid programmes. Chancellor Kohl's calls for more Western solidarity point in this direction.

Given the existing general economic, legal and institutional framework it would be imprudent to argue at present for umpteen billions to fund ill-defined projects in the Soviet Union, but the West, and Europe in particular, would not do justice to its role in world politics if it were to wait with comprehensive assistance until economic reforms have borne visible fruit. Rather, the first steps on the path to a new economic and social system must also be given material support. The replacement of the old Soviet Union by a new confederation of states and some independent states has now decisively improved the prospects for this. All the republics now have the chance to chart their own course towards the market economy, alone or jointly with others. Over the last two years, several of the former Soviet republics have already taken practical, not just theoretical, steps toward a new market-driven economic system. Now that the danger has been thwarted that the central power in Moscow could put an end to reform measures which had already been executed, the West should energetically support the reform policies of individual republics. The earlier it begins with this, the more likely it is that the need for further official Western aid will be less than expected until now, since in the course of improvements in the legal and institutional framework private involvement in the Soviet Union and in the individual republics is likely to increase considerably.

Under these circumstances, any desire of the West to make extensive aid commitments dependent on very generalized conditions makes little sense. The majority of leading politicians and economists in the Union and in the individual republics or states today no longer need to be told where change has to lead. Essentially, advice from outside has to be given for individual measures and their timing, which is certainly not an easy or less responsible task. In order to be able to give fruitful advice in this sense, potential consultants will first have to familiarize themselves better than has been possible until now with the current regulative mechanisms in the Soviet Union. First of all, it would be useful to look at the legislation adopted so far in the Union and the republics, to scrutinize it for contradictions and to make it more coherent. Of key relevance should be advice with regard to basic monetary decisions on the part of individual republics.

Though it is still not the time for global financial transfers to institutions in the Union and the individual republics, the Western states should nevertheless swiftly and unbureaucratically sound out what goals could be worth funding now; otherwise they will cast suspicion on themselves of simply seeking an alibi for their meagre contributions and their lack of international solidarity as regards burden-sharing.

At present there is a large number of possible areas of deployment for Western aid which would either benefit the economic process directly or improve the conditions for the economy's successful transformation. With a modest input, for example, effective action could probably be taken to prevent a further drop in Soviet oil production and hence avert the danger of a supply shortage for the domestic economy and of a further diminishing of foreign exchange revenue.

In view of the poor state of broad areas of infrastructure, there can hardly be any serious objections to the West giving immediate support to overhauling and extending it. High priority should be accorded to investments in roads and railways and telecommunications as well as health services. Of no less importance is the promotion of education and training so as to impart at all company levels the essential qualifications required by the free market economy such as management, organization and marketing know-how. The programmes to date are far from adequate. Several hundreds of thousands of people are in need of further training. Qualifying the population to cope with the requirements of the free market economy should therefore immediately be declared a common task of the international community.

The West should dispense today with any illusions it may have of being able to stand on the sidelines when it comes to financing the multiplicity of adjustment processes within the framework of transformation of the system in the East. It would therefore do well to think now about how much it is prepared to spend. This aid must be both predictable and certain for the republics so that they can realistically plan the shape and pace of reform. The US$ 50 billion a year stipulated in the Yavlinsky-AIIisson Plan must rate as the absolute minimum for effective assistance. Since it appears that in future aid will essentially have to be provided to the individual republics, the minimum requirements could even be greater for several years - at the same time this could possibly mean that the funds thus applied will be more effective.

A further question which is inextricably bound up with aid measures needs answering in clear terms. Taking account of the economic potential of the Soviet Union, its gross debt of some US$ 65 billion does not mean that one should speak of overindebtedness or the necessity of debt forgiveness. In future, however, the individual republics will have to pay certain amounts of these hard currency debts. The question that arises in the transition phase to a new system is whether or not at least some of the republics that will in future become economically autonomous may be handicapped in their development from the outset by the burden of debt. It is thus also the responsibility of the West - after the republics have unconditionally agreed to untertake to pay a part of the Union's old debt - to look into the possibility of helping some of them by waiving part of the debt. Such debt forgiveness could well be made contingent on practical progress in the direction of a market economy. 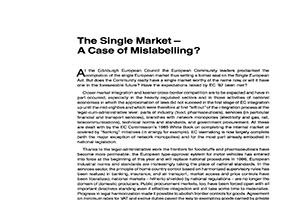 The Single Market - A Case of Mislabelling? by Hans-Eckart Scharrer 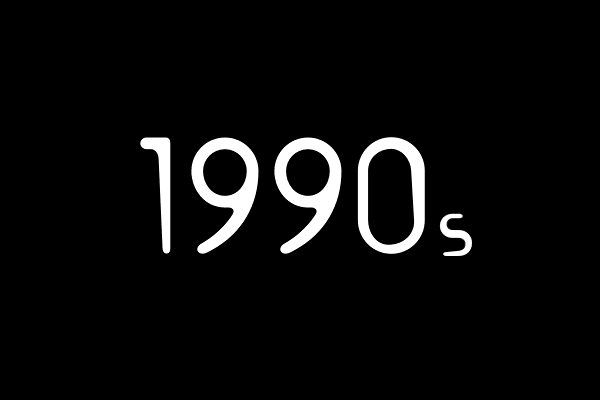 Intereconomics in the 1990s: The Fall of Communism and the Uniting of Europe